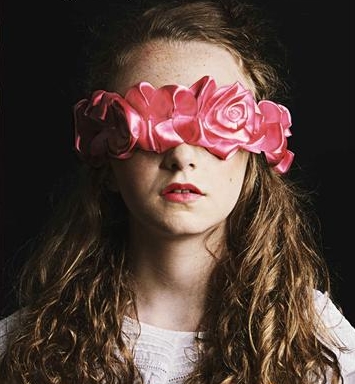 Paediatrician Hilary Cass has completed an interim report (The Cass Report) into the Gender Identity Development Service (GIDS) at the Tavistock and Portman NHS foundation trust in London. It follows last year's judgement in the case of Keira Bell, banning under 16s from puberty-blocking drugs. The ruling was quickly reversed, but criticism of the unit has continued.  Last spring, the Care Quality Commission demanded monthly updates on numbers on waiting lists and actions to reduce them in a highly critical report on GIDS. (read more)

Report on the Save Our Spaces protest in Belfast

A protest in support of the rights of women and girls to female-only, single-sex spaces and services took place at Belfast City Hall on Saturday (5th March).  Organised by the feminist group Women's Rights Network NI and endorsed by a number of other groups (including Radicailín and Sex Not Gender NI), it expressed opposition to the influence of gender identity ideology over public policy. (read more)

A protest in support of the rights of women and girls to female-only, single-sex spaces and services took place at Leinster House on Saturday (27th Nov).  Organised by the feminist group Radicailín and endorsed by a number of other groups (including Socialist Democracy), it expressed opposition to the influence of gender identity ideology over public policy. (read more)

Some socialists sincerely believe that a person can change their sex because they self-identify as different from their biological body. Others believe that you can choose whatever gender identity you want but you have no choice over your biological sex. These differences of opinion are frequently not expressed in the most comradely terms, but one would have assumed that some common ground remained. For example, a worker should not face calls for dismissal for saying what most people believe.  (read more)

The ousting of a material girl

Kathleen Stock, philosophy professor at the University of Sussex and author of the book Material Girls, has resigned after a concerted and threatening campaign based on her assertion that gender identity does not displace the reality of biological sex. Police had advised her that it would not be safe to attend the university campus.  (read more)

A week of triumph and setback for English feminists

A dangerous precedent has been established in English higher education. Kathleen Stock, a philosophy lecturer at the University of Sussex, has beenforced out of her job by a small group of masked protestors who had been demanding her sacking because she believes that while people can adopt any gender identity they want, biological sex is immutable.  (read more)


Defend a woman’s right to tell the truth

The Irish and British left, with modest exceptions, refuse to stand up for women facing this severe harassment. As a result, the right and extreme right from the Tories to Jim Allister are able to present themselves as advocates for women’s right to speak freely. The good news is that in Britain a new grassroots feminist movement is developing. To the extent that the left acknowledges its existence, it does so only to denounce it as bigoted and transphobic.  (read more)

The recent publication of Kathleen Stock's new book Material Girls is one of a number of publications dealing with what are termed transgender issues and the public discussion around them, not to mention the campaigning and lobbying by Trans Rights Activists (TRAs) as well. Stock has a very clear and easy to read writing style, which is perhaps surprising for a lecturer in philosophy. It is however, written with a certain defensiveness. (read more)

TIn this article I will talk about the diagnosis of gender dysphoria in children and the potential complications of medical interventions. I am not a medical professional but will do my best to present evidence which shows that there are some serious concerns over medicalising gender non-conforming children. I think the evidence speaks for itself. (read more)


Feminists are not fascists - a reply to RS21

The British socialist group RS21 has, at its core, members who left the Socialist Workers Party in disgust at the way that organisation supported a man accused of rape. However, its politics are otherwise indistinguishable from the larger organisation, it just doesn’t have the bureaucratic infrastructure to function in the same way. (read more)

The People before Profit society at a Galway university is actively targeting feminist and LGB Rights activists for no-platforming on that campus. They are doing this via a motion entitled “Opposing fascism, Far-Right Extremism, and all Forms of Discrimination”. It included a list of groups the party wants to see being ‘No-platformed’ by the Student Union at NUIG.  (read more)

With apparently no sense of embarrassment after the scandal involving the Galway-based People before Profit election candidate last year, and subsequent allegations from branch and ex-branch members that the leadership had, for years, ignored complaints about his behaviour —not to mention the more widespread rumblings about how some allegedly abusive males in and around the party were dealt with by the leadership — now the People before Profit society at a Galway university is actively targeting feminist and LGB Rights activists for no-platforming on that campus. (read more)

Two very large and very important online meetings took place on International Women's Day in Ireland.  Rather than commemorating a story of ongoing advances for women they chronicled horrific attacks on women's rights, a decay of some of the organisations meant to protect them and the rise of ideologies proclaiming equality that in practice act to dismiss the need to defend women. (read more)

Most children who have gender dysphoria, or a desire to be the opposite sex, do not persist in this desire by adulthood. This shows us that this is not a definite or fixed identity but can change over time. Clinicians have no definite way of knowing which children will persist in wanting to be the opposite sex/continue to suffer extreme discomfort with their own sex, and which won't. (read more)


Sex work is not work.  A Marxist Feminist analysis of Prostitution

Laura Briggs exposes the fraudulence of the notion, popular on the centrist Left, that the sale of sex is simply a commodity exchange, posing the question; “if sex is a commodity freely available in the domestic sphere why do 'customers' buy it in the marketplace?” (read more)


On the Reactionary Roots of Queer Theory

Queer Theory, a product of postmodernist thought, has been defined by its removal of all boundaries from sexuality. This in turn is expressed in the current denial of objective reality by the so called “sex spectrum” at the heart of transgender ideology, which includes homosexual people on a spectrum with straight transgender males who 'identify' as queer and which, as Rubin's theory infers, implicitly extends to the sexualisation of children. In this article the author warns of the perils of adopting queer theory for the left. (read more)

The recent decision taken in California to place men and women in the same wings of prisons as a response to the violence meted out to trans prisoners is a nascent issue in Colombia, but sooner or later it will get here. So, it is incumbent upon us to analyse it in time. The prison situation in the US is unique in the world and the statistics on violence, rape and also the number of prisoners is incomparable with any other part of the world. (read more)

A new front in human liberation, or a medical scandal in the making?

The gender identity movement promotes bodily alienation. It does this by suggesting to children that their brain or personality sometimes doesn’t match their physical sex, that they  can be “born in the wrong body”, and that they can access medical interventions to “fix” their (healthy) body. (read more)

In a stunning move Ireland’s NGO elites, including Amnesty International, supported by Paul Murphy TD and Thomas Pringle TD, have published an open letter in Gay Community News attacking those who would seek to “defend biology”, as well as attacking those who defend: the right of women to have some areas of privacy and safety away from males, such as changing rooms, shelters, and prisons. (read more)

I mentioned in a previous article that many Gender Identity Ideologists believe that people can be born with a female brain or soul in a male body and vice-versa. This is one of the justifications for ‘transitioning’ people to appear to be of the opposite sex. Another driving force behind ‘transitioning’ is homophobia. With both sexism and homophobia the push for ‘transitioning’ seems to come from an urge to ‘fix’ people who are not conforming to sexist stereotypes. (read more)

In this series of articles I will try to explain why a conflict has arisen between women’s-rights activists and trans-rights activists. Until more of the left make a serious effort to understand where many women are coming from they will continue to misunderstand what the sources of conflict are, and potentially alienate women and pro-science advocates. (read more)

During a recent online discussion on “Socialism, Feminism and Transgender politics” a number of participants asked where they could find further information the topic.  So, in conjunction with the speaker at that meeting, we have produced the following reading list.  These sources present a broadly socialist feminist (or gender critical) perspective on the issue of transgender. (read more)